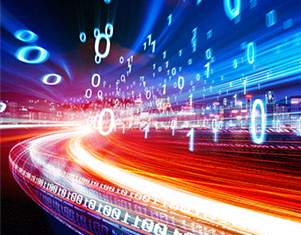 In December of 1989, Dutch programmer Guido van Rossum was looking for a hobby programming project to keep him occupied during a slow work week around Christmas. He used his home computer to write an interpreter for a new scripting language, which would become known as Python. Van Rossum’s goal was to create an intuitive, powerful language with code that could be easily understood and used by everyone and suitable for everyday tasks, allowing for short development times.

Python is a high-level programming language for general-purpose programming on both small and large scales. It supports multiple programming paradigms, including object-oriented, imperative, functional and procedural, and has a comprehensive standard library. With the release of version 10.3, IDEA created a buzz with its implementation of the Python scripting language, thereby taking a huge step towards having a more robust coding environment. IDEA users throughout the world are exploring new ways to use the Python data analytics packages to enable outlier analysis, analyze both numeric and character fields and combine IDEAScripts with Python for more powerful analysis capabilities.

Python is an advanced language that has a powerful presence in the numerical analysis and machine learning fields. It is considered one of the most versatile programming languages ever developed.

How Accessible is Python’s Power within IDEA?

Even those who have dabbled in Python programming before having some things to get used to; there’s a small learning curve. IDEA can call an existing Python script to execute, but this is the extent of its current capabilities. There is not a code editor built into IDEA for editing Python code, which requires editing scripts outside of IDEA using one of three scenarios:

Scenario A for Proficient Python Users:

If you’re comfortable writing and testing Python scripts, this will be a snap! You’ll need to know about a few quirks within IDEA that can impede certain actions. IDEA can only call Python scripts to execute and does not recognize them as being an internal component. (more on this in our next blog post)

Scenario B for Proficient Programmers:

If you’re not familiar with Python, but you are familiar with programming concepts in general, then you’ll need to learn the Python syntax along with the IDEA quirks that user A must also learn. As predicted given the lack of a native editor, IDEA will not be able to help with the Syntax. For example, those familiar with using IDEAScript will recall IDEA’s editor color-codes native functions, most keywords, and certain data. This helps when learning a language because it asserts to the coder that the compiler recognized the keyword. If there is no color-coding, then the compiler does not know what the coder is trying to say, and it hints that some research may be needed. IDEAScript users will also recall that formatting assistance is provided as code is typed and that it’s possible to step through code line by line (using breakpoints) for debugging purposes.

Since IDEA has no native Python editor, all of this goes out the window. However, being already familiar with programming in general, hopefully user B knows 3rd party editors you can use. Excellent options include Sublime Text, Atom, VS Code, and Python’s very own IDLE Environment. Simply install your favorite and check out Python’s Official Documentation for how to run Python scripts on your system for testing purposes.

Scenario C for Those New to Programming

If you lack scripting experience, it may be easier to start with Visual Basic, which is the basis of IDEAScript and native to IDEA. Let’s start with what you’re working to accomplish. Is there a pressing need for deep data manipulation, or something more basic, such as task automation?

Visual Basic for Applications (VBA) is the building block for IDEAScripts and transfers well to other dialects of VBA, such as those built into Excel and Access. It also has more built-in documentation.

There are three ways to create IDEAScripts, outlined in our blog post: Ready, Set, Script!

If deep data manipulation is needed, or you need guidance in using Python, stay tuned for our next blog post on this topic.

…and if you’re curious about how Python got its name, Guido van Rossum was a fan of Monty Python’s Flying Circus.


5 Ways Manufacturers are Using Analytics to Make Data-Driven Decisions
Nov 20 At times, any manufacturing enterprise can feel like a web of mysteries and riddles. Just keeping track of all the moving parts—from supplier relationships to...


Infusing IDEA into Your Organization
Nov 16 Building a successful and sustainable data analytics program requires a mix of people, processes, and products. At the IDEA Innovations Conference in Houston, l...