Data Beware: The Auditor and the Phantom


One day, Jack O. Auditor found his numbers were off. He ran them again, just to make sure. The same numbers! How can that be?

Jack goes to see his boss. “Inspector, I have found a problem in the AP file,” he says.

His inspector looks up from his work and says, “There is a simple mistake. Numbers reversed. I am sure it is no big deal.” 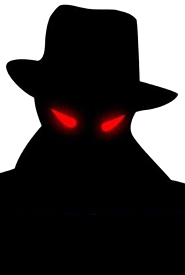 Jack goes back to his desk, wondering how, out of all the data before him, he could possibly find the mistake. He knows, as an auditor, this is a big deal. He pulls up his multi-tool, CaseWare IDEA and begins to think. What is the easiest way to find anomalies? He decided that maybe Duplicate Detection could help. Sure enough, there were some duplicates, but none that were the direct cause of the anomaly. He decided his next weapon against fraud may be needed. Maybe he should go one step further using Fuzzy Matching. He was able to segment a population that needed further investigation. He found one! A Phantom Vendor!

Jack realized he was so close. Who and How? He had to find those answers. Using Python inside IDEA Jack queried his data, and used a Five Number Summary and the Numpy Library to calculate quartiles to find his outliers. The bulk of the amounts are under 1 million, but the quartiles revealed some entries in the 2-million-dollar range. The Phantom has already struck! 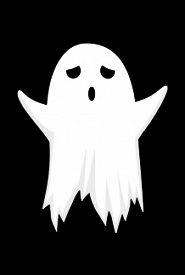 Using Boolean Search tactics and IDEA’s built-in text search he further checked the data. Did he decide to compare Active Directory vs Employees, and maybe then Social Security Numbers and addresses? Holy smokes! He found a Ghost Employee! Who had the access and control of the system to be able to add both a Phantom Vendor and Ghost Employee?

Jack realized he was in deep now. It had to be someone on the inside. He thinks and takes another look at his results, and uses IDEA’s Visualize and Discover tabs for inspiration. He realizes in one of the charts, that something was familiar.  What if he joins the vendor address list to his employee address list? As he waits on the spinner, he fears he already knows the answer.

A match! There were repeated payments to an address that matched the Ghost Employee and an employee address. The INSPECTOR! He has been funneling money to a shell account, with the matching P.O. Box. The address is not a traditional brick and mortar and the inspector would have had the access to create the records. He has found not only the anomaly but fraud at the highest level!

Knowing that he must report the facts, Jack shares his Audit Trail for all the steps he has made. Project History, including his Field Stats and Control Totals all validate his investigation to be true. His findings are secure, and both the Phantom and the Ghost were caught!

In response to the amazing job Jack did, his CEO and co-workers threw him a party and showered him with candy.


Infusing IDEA into Your Organization
Nov 16 Building a successful and sustainable data analytics program requires a mix of people, processes, and products. At the IDEA Innovations Conference in Houston, l...


5 Ways Data Analytics Can Help You Attract & Retain Clients
Oct 01 Attracting and retaining clients is essential to the success of any external auditor or consultant. It’s also one of the profession’s top challenges...


Tech Tip: Removing the Grand Total
Jul 20 Every once and a while, you may have a data file to import that contains a grand total that you do not want to include in your IDEA database. It takes a few min...